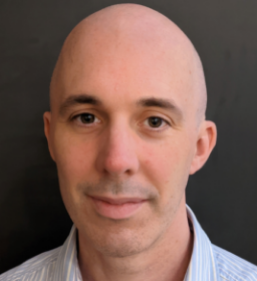 Richard Barwell is Head of Macro Research at BNP Paribas Asset Management. He is responsible for promoting collaboration between investment teams and formulating alpha-generating investment views across all asset classes. Richard has worked at Royal Bank of Scotland (Markets & International Banking and Global Banking & Markets) and the Bank of England as a Senior Economist. Richard has 16 years of investment experience. He holds a BSc in Economics and Econometrics from the University of Nottingham, and an MSc in Mathematical Economics and Econometrics and a PhD in Labour Economics, both from the London School of Economics and Political Science. 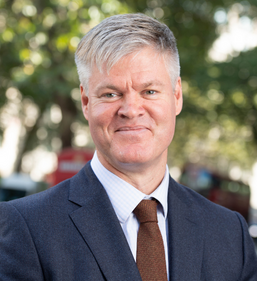 David Aikman joined King’s Business School in April 2020 as Professor of Finance and Director of the Qatar Centre for Global Banking and Finance. He spent 17 years working as an economist at the Bank of England – most recently in the Technical Head of Division role in the Financial Stability Strategy and Risk Directorate. He led the Bank’s work on various macroprudential issues.

Between 2013 and 2015, David was seconded to the Board of Governors of the Federal Reserve System in Washington DC, where he worked as an advisor in the Division of Financial Stability. In 2008, David was a Visiting Scholar at the Bank of Japan’s Institute for Monetary and Economic Studies. David has represented the Bank in various international fora, including meetings of the Financial Stability Board, the Basel Committee, and the European Systemic Risk Board.

He is the author of various research papers on financial stability and macroprudential policy and has a PhD in Economics from the University of Warwick. 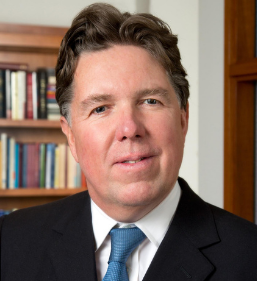 Sir Paul Tucker is chair of the Systemic Risk Council, a fellow at Harvard Kennedy School, and author of Unelected Power: The Quest for Legitimacy in Central Banking and the Regulatory State (Princeton University Press, 2018). His other activities include being a director at Swiss Re, president of the UK’s National Institute for Economic and Social Research, a senior fellow at the Minda de Gunzburg Center for European Studies at Harvard, a member of the advisory board of the Yale Program on Financial Stability, and a governor of the Ditchley Foundation. 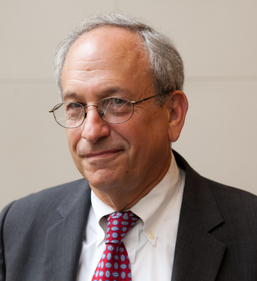 Donald Kohn holds the Robert V. Roosa Chair in International Economics and is a senior fellow in the Economic Studies program at the Brookings Institution. Kohn is a 40-year veteran of the Federal Reserve System, serving as a member and then vice-chair of the Board of Governors from 2002-2010. He served as an external member of the Financial Policy Committee at the Bank of England from 2011-2021. 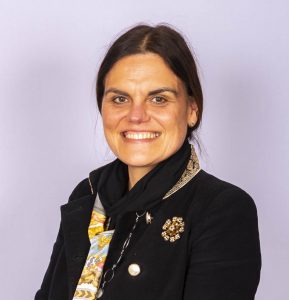 She has served as a consultant to the International Monetary Fund, the European Central Bank, the World Bank, the Asian Development Bank, United Nations (UNCTAD) and the Federal Reserve Bank of New York. In 2021 she acted as specialist adviser to the House of Lords (Economic Affairs Committee) in their inquiry into the QE program of the Bank of England. She has also acted as an expert witness in international arbitration. She has been a member of two expert panels of the European Parliament: the Monetary Panel since 2015 and the Banking Union (Resolution) Panel since 2016.

Before coming to London, she was Assistant Professor of International Banking at Columbia University School of International and Public Affairs in New York and a consultant in the Legal Department of the International Monetary Fund in Washington D.C. She is a renowned expert in central banking, banking supervision and resolution, financial regulation, EU monetary and financial law, financial crisis management, and international monetary law. 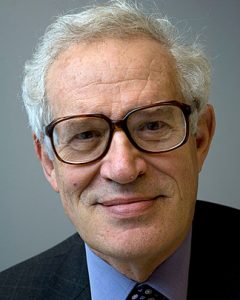 Besides numerous articles, he has written a couple of books on monetary history and a graduate monetary textbook, Money, Information and Uncertainty (2nd Edition 1989); and has published two collections of papers on monetary policy, Monetary Theory and Practice (1984) and The Central Bank and The Financial System (1995); and an institutional study of The Evolution of Central Banks, revised and republished (MIT Press) in 1988. 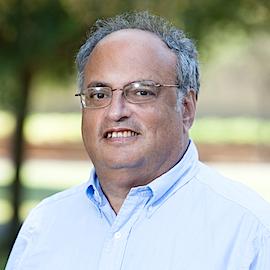 The Richard A. Stepp Professor of Economics, Stanford Business School

Jeremy Bulow is the Richard A. Stepp Professor of Economics at Stanford Business School. He served as the Director of the Bureau of Economics of the Federal Trade Commission from 1998-2001. Bulow was co-editor of the American Economic Review from 2005-2008. His research has covered a variety of topics, including pension funds, sovereign debt, auctions, and tobacco. He has served as a consultant to government agencies, including the Pension Benefit Guaranty Corporation, the World Bank, the British Radiocommunications Authority, and the Federal Reserve. He has consulted to companies in oil, telecoms, credit cards, software, and internet search in the private sector. Bulow is a fellow of the Econometric Society and of the American Academy of Arts and Sciences. 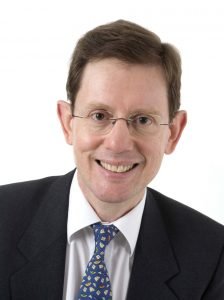 Paul Klemperer has been Edgeworth Professor of Economics at Oxford University since 1995. He has advised many governments, international organisations (IMF, World Bank, OECD, E.U., etc.), and Central Banks. Much of his work involves auctions, for example, the U.K.’s spectrum auction that raised 2½% of GNP, the Product-Mix auction he designed for the Bank of England during the financial crisis and now run by it at least monthly for Indexed Long-Term Repos (and described by then-Governor Mervyn King as “a marvellous application of theoretical economics to a practical problem of vital importance”), and recent auctions for environmental conservation for the U.K. govt. 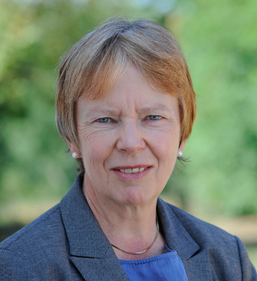 Chair of the Universities Superannuation Scheme
.

Kate Barker was a member of the Bank of England’s Monetary Policy Committee (MPC) from 2001 until May 2010.  During this period, she led two major policy reviews for Government, on housing supply and on land use planning. Since 2010 she has had a plural career, including as an NED with Taylor Wimpey plc, and as a member of the National Infrastructure Commission.  Most recently she has taken the Chair of the Universities Superannuation Scheme. 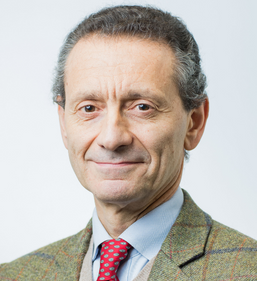 Professor of Finance at EDHEC Business School and EDHEC-Risk Institute

Riccardo Rebonato is Professor of Finance at EDHEC Business School and EDHEC-Risk Institute.  Professor Rebonato is a specialist in interest rate risk modelling with applications to bond portfolio management and fixed-income derivatives pricing.  He sits on the board of directors of the International Swaps and Derivatives Association (ISDA) and the board of trustees for the Global Association of Risk Professionals (GARP).  He was previously Global Head of Rates and FX Analytics at PIMCO;  prior to that, he was global head of market risk and global head of the Quantitative Research Team at the Royal Bank of Scotland (RBS), and sat on the Investment Committee of RBS Asset Management. 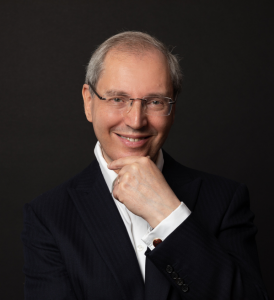 Alan Brener is a Lecturer (Teaching) at University College London’s Laws Faculty and he is also Deputy Director of the Faculty’s Centre for Ethics and Law and also Deputy Director for Education. Besides his LLM from UCL and PhD from Queen Mary University London he is also a qualified Chartered Accountant and member of the Institute of Chartered Accountants in England and Wales. Prior to starting his PhD Alan worked for Santander UK and was responsible, at different times, for the compliance and retail legal departments and regulatory policy.
Before joining Santander in 2005, from 1996, he headed the compliance departments for the retail banking divisions of Natwest and RBS banks. From 1989 to 1996 Alan was a senior prudential and conduct of business regulator for the insurance and collective investments sectors having previously worked on aspects of public policy at the Department of Trade and Industry.
Most recently, prior to starting his PhD, Alan was on secondment from Santander helping to set up the Banking Standards Board with the objective of improving standards of conduct and professionalism within the banking industry. Last year Alan published his second book on compliance in financial services following on from his earlier book on financial stability and housing policy.
Strategies for Compliance: Tools, Techniques and Challenges in Financial Services by Alan Brener (Routledge Dec 2020) Housing and Financial Stability: Mortgage Lending and Macroprudential Policy in the UK and US (Routledge Research in Finance and Banking Law) by Alan Brener (Routledge, Dec 2021). 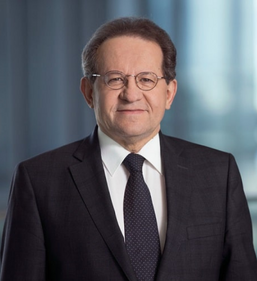 President of the School Board, ISEG and Professor, School of Economics, University of Navarra, Madrid.

Vítor Constâncio was Vice-President of the European Central Bank from 1 June 2010 to May 2018. In the Portuguese Government, he was Secretary of State for the Budget and Planning in 1974-76 and Finance Minister in 1977-78. At the central bank of Portugal, he was Director of the Economics Department, Deputy Governor and then from 2000 to 2010, Governor of the Banco de Portugal and consequently, member of the European Central Bank Governing Council. He was Assistant Professor at the Lisbon School of Economics and Management (ISEG), University of Lisbon, from 1968 to 1973 and later, coordinator Professor of the Master´s degree on Monetary Policy from 1989 to June 2010. He is now President of the School Board at ISEG and Professor at the Master’s Degree in Banking and Financial Regulation at the School of Economics, University of Navarra, Madrid. 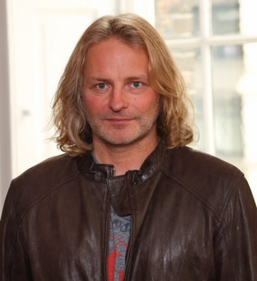 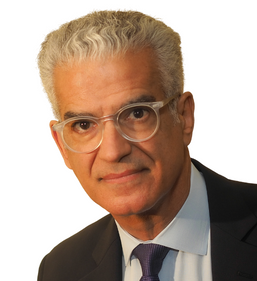 Dimitri G Demekas is currently a Visiting Senior Fellow at the School of Public Policy at the London School of Economics and a consultant for a number of international organizations. He served as Senior Adviser to the G20 Presidency during 2020.​ Dimitri is a 30-year veteran of the International Monetary Fund, which he left in 2017 as Assistant Director of the Monetary & Capital Markets Department. At the Fund, he led the development of macroprudential stress testing frameworks, managed the IMF’s Financial Sector Assessment Program, and represented the IMF in several international fora. For more information, visit www.demekas.com.

Page load link
We use cookies on our website to give you the most relevant experience by remembering your preferences and repeat visits. By clicking “Accept All”, you consent to the use of ALL the cookies. However, you may visit "Cookie Settings" to provide a controlled consent.
Cookie SettingsAccept All
Manage consent