There has been a recent, important, paper by Bulow and Klemperer, entitled ‘Misdiagnosing Bank Capital Problems’.  They argue (p.1) that “the regulatory system’s emphasis has been on more insurance rather than more capital”. Consequently, they note (p.3) that “Regulatory forbearance creates especially low capital requirements for the toxic assets that are the riskiest, encouraging insured banks to retain loans that would otherwise be sold and then, for ‘debt overhang’ reasons reject good new loans”.

Misdiagnosing Risk: A Defense of the ‘Taxi Fable’

There has been a recent, important, paper by Bulow and Klemperer, entitled ‘Misdiagnosing Bank Capital Problems’.[1]  They argue (p.1) that “the regulatory system’s emphasis has been on more insurance rather than more capital”. Consequently, they note (p.3) that “Regulatory forbearance creates especially low capital requirements for the toxic assets that are the riskiest, encouraging insured banks to retain loans that would otherwise be sold and then, for ‘debt overhang’ reasons reject good new loans”. In their long theoretical paper, they make many other valid and useful points, for example about the drawbacks of using book value accounting for regulatory purposes. It is a rich paper and readers of this note are recommended to read it.

That said, however, the model on which their own paper is based is unrealistic in certain key respects. In particular, their model is based on an assumption that “All collateral is affected multiplicatively, and identically, by two random shocks…  [these random variables] are distributed independently and identically…”. The paper does not state, but I assume that these probability distributions are supposedly common knowledge.

There are two main difficulties in maintaining this assumption. First, whether one chooses to treat future outcomes as uncertain, or alternatively to regard subjective probability distributions as differing significantly from the real underlying probability distribution, it is clear that in many crises the various participants had not realised forthcoming dangers. Let me give a number of examples.

First, in 1914, when the war broke out, the City of London had been engaging in normal financial transactions with countries that were to become belligerent enemies almost up to the date of the declaration of war. Given earlier incidents, such as Agadir, one might have thought that financiers would have incorporated the risk of war into the premia charged, but there is virtually no evidence of that. 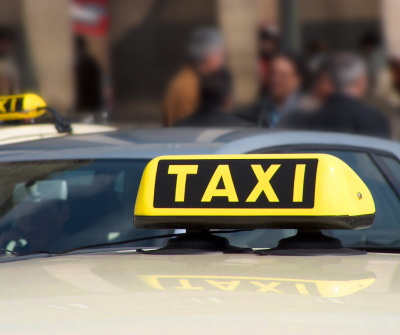 Next, the Covid pandemic might have been incorporated in risk premia, given previous epidemics, Ebola, Sars, but there is no evidence of that.

Yet another example is Paul Volcker’s change of policy in October 1979 driving short rates up to historic high levels, and driving dollar sovereign borrowers in Latin America to the brink of bankruptcy. Again, this risk could, perhaps, have been forecast, but there is no evidence that it was.

There are many other examples. People, whether bankers, regulators, or ordinary people seem to set their subjective probability distribution primarily on the basis of recent history, largely ignoring extreme outcomes, at least when such extreme outcomes have not occurred during the lifetime of those involved. Thus, the probability distributions of those involved generally exclude rare extreme events, particularly when they have not occurred during recent experience. Who knows what extreme events may occur in future?  But when they have happened, we will probably come to realise, with the benefit of hindsight, that such events should have previously been in our probability distributions.

But much more important than that is the lack of realism in the assumption that the probability distribution in the second period is independent of the outcome in period 1. There is always a great deal of autocorrelation in our economies, cycles of boom and bust. When events turn out favourably, it leads to optimism and the greater likelihood that the next period will turn out well.

But the most important point is that downturns are made far more severe by the event of bank failures. Not only are there large bankruptcy costs, which Bulow and Klemperer put to one side, but the very event of failure sharply changes perceived subjective probability distributions about future bank failures and financial conditions. Examples are legion, amongst them 1907, Knickerbocker Trust, Lehman Brothers, 2008, and bank failures in the 1930s. Because the failure of significant banks in the middle of general financial weakness is so devastating, not only at that time but for future periods, it makes no sense at all to allow banks to fail so long as they still have available buffers of capital and liquidity, so long as the only mechanisms for dealing with failure remain either bail-out or liquidation. That is the justification for the ‘taxi fable’.

If, of course, the salience of bank failures could be greatly reduced, notably for example by a restructuring via bail-in, then it would not only be possible but actually desirable for such a restructuring to take place well in advance of the bank involved being driven into insolvency.  Indeed, the need to do so would require such restructuring to take place in a way, and at a time, when subsequent contagion would not be a problem.  How that might be done is the theme of a recent paper by Doyne Farmer, Alissa Kleinnijenhuis and myself, ‘Systemic Implications of the Bail-In Design’[2], CEPR Discussion Paper 16509, 3 September 2021.

Indeed, what is further surprising, perhaps even extraordinary, in the Bulow/Klemperer paper is that there is no mention of the new bail-in regime whatsoever, despite the fact that making most uninsured debt subject to bail-in is actually quite close to their proposal of making that same debt become ‘equity recourse notes’. What would have been more interesting at this juncture would have been if Bulow and Klemperer had offered a careful comparison of the relationship between the bail-in regime and their proposal for ERNs.

A response by Jeremy Bulow and Paul Klemperer

We very much agree with Charles Goodhart that bail-ins are vastly better than bail-outs and that both are better than allowing the banking system to collapse. We also agree that the current regulation is inadequate. But top of the list of reforms should be a more serious attempt to have banks raise new funds as they suffer losses and become riskier during a downturn. This is the option that bankers and regulators too often minimize or ignore, and this is the focus of both our current work and our proposal of Equity Recourse Notes.

When the collateral for bank loans (e.g., commercial and residential real estate in 2007-8) falls in value, the loans themselves decline in value and, perhaps more importantly, their riskiness increases. If this were recognized banks would be compelled to raise more equity on the way down, no doubt provoking huge squawks but reducing the need for bail-ins and bail-outs. Instead, losses are recognized only slowly, leading to autocorrelation in reported losses, and (at least in the US Stress Tests) increases in risk are totally ignored. The fact that uninsured creditors demand banks hold more capital, while the banks’ books reflect minimal losses and minimal increased risk, can lead to a misdiagnosis of a solvency problem as a liquidity run. 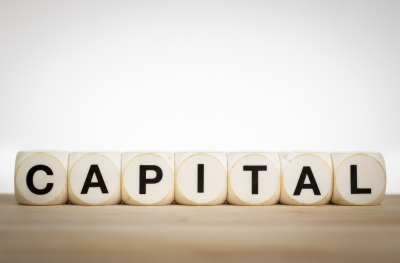 Our current paper on Misdiagnosing Bank Capital Problems complements our earlier work on Equity Recourse Notes (ERNs), which recommends requiring capital structures that create self-repairing balance sheets. ERNs are a form of hybrid capital that avoid the flaws of existing cocos.  In particular, they convert more credibly and convert slowly over a period of time, so are very different from simply bailing-in uninsured debt over a single weekend. ERNs push the banking system in the direction of dynamic balance-sheet management, and they also encourage bank lending in bad times.

Finally, our paper criticised the version of the last taxi fable that is sometimes recounted by bankers. In this telling, passengers get off a train and queue for taxis. However, a ridiculous contract requires that at least one taxi be left at the station at all times, making that taxi (an analogy for required reserves) useless. Of course, a more realistic contract would make all taxis available to meet the current train, but require the taxi company to send more cabs as they were used. The bankers’ version, which argues for allowing the last taxi to be used but does not consider requiring more cabs, is only appropriate if there is extreme mean reversion: if we know there will be no more than N cabs demanded over two trains, then if N passengers show up on the first train we should use the last cab and not call for more.

The grain of truth in the fable is that if a taxi company is required to almost always meet all demand, then it will also almost always turn out to have kept more cars on hand than were actually needed. Analogously, banks often complain that they were required to hold more reserves than were necessary ex-post. But most modern bank failures impose losses on the insurer even after an orderly liquidation, implying that the problem is generally too little pressure for balance sheet repair. In taxi terms, too many passengers end up riding in government vehicles.

Tweets by @macroprumatters
Page load link
We use cookies on our website to give you the most relevant experience by remembering your preferences and repeat visits. By clicking “Accept All”, you consent to the use of ALL the cookies. However, you may visit "Cookie Settings" to provide a controlled consent.
Cookie SettingsAccept All
Manage consent