The 2007-09 global financial crisis challenged many pre-existing conceptions about systemic risk, including the ‘composition fallacy’[1] which assumed that if individual entities were robust and subject to adequate micro-prudential supervision, then the whole system would be resilient. This assumption proved to be misguided. Thus, in response to the need to monitor and control systemic risk, the ‛macroprudential’ approach has become one of the defining features of the post-crisis financial reform agenda (together with new resolution tools, enhanced capital and liquidity rules and the regulation of SIFIs or systemically important financial institutions).

Antoine de Saint-Exupéry´s classic book, ‘The Little Prince’ depicts an illustration of the baobabs (inspired by the Adansonia genus of trees) stifling and smothering the planet with the size of their roots and trunks. Like the baobabs, global SIFIs have extended their nexus of activities across the globe, entrenching their roots across many jurisdictions.[2] 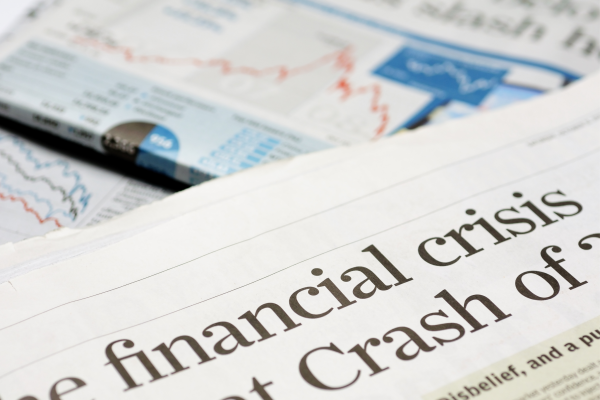 The literature sometimes refers to macroprudential regulation, some other times to macroprudential supervision and finally it also refers to macroprudential policy. In my opinion, the ‘macropru’ approach is best characterised as policy. While regulation refers to the establishment of rules, to the process of rule-making and encompasses a wide range of norms, emanating from national authorities (laws, statutes, statutory instruments), supra-national institutions, international organizations and soft law standard setters, and self-regulatory organizations. Supervision is a multi-faceted concept, which generally refers to the monitoring and oversight of the safety and soundness of financial institutions, as well as to risk control and compliance with rules. Policy is a broad concept that refers to actions, decisions and other formal and informal mechanisms – including regulatory and supervisory tools – adopted by the competent public authorities in the pursuit of an objective (or set of objectives).

Though the word policy best characterises the macroprudential approach, the contours of this policy are not entirely homogenous across jurisdictions. Indeed, the study of ‘macropru’ would benefit from greater international harmonisation of macroprudential tools in particular when the authorities are now confronting new systemic risks arising from climate change and other unsustainable activities that require a concerted approach to finance the transition to net-zero with firm objectives on decarbonisation, and the need to ensure that marine conservation, deforestation and other elements of the blue and green agenda are firmly incorporated into specific macroprudential policies. The mandate of the Financial Stability Board (a standard-setting body) and/or the mandate of the International Monetary Fund (a formal international organization with broad membership and legitimacy) could be adjusted to reflect the need to address these new systemic risks that will affect the soundness of our financial system.

The macroprudential toolkit includes a plethora of instruments. Some of these tools are not even ‘prudential’ in nature. Others are recognizable and have been borrowed from other areas of economic policy, such as: monetary, fiscal, competition policies and crisis management.[4] There are general tools (e.g. counter-cyclical capital buffers), specific housing market tools (e.g., loan to value LTV ratios) and others.[5] Macroprudential policy includes some of the instruments used by micro supervisory authorities as well as other traditional central bank instruments. As Ignazio Angeloni[6] pointed out:

There is virtually no instrument commonly regarded as macro-prudential that cannot, in essence, be used also by the micro-prudential supervisor (…). Macro-prudential instruments normally take the form of capital surcharges, liquidity requirements and other balance sheet restrictions. It is the logic of their use and the scope of application that are different. In particular, if an instrument is applied selectively to individual institutions, it is often considered micro, whereas if it is applied to groups of banks or to all banks in a country, it is macro. (Emphasis added).

The IMF has stated that in order to be effective, macroprudential policies require a ‘strong institutional framework’.[7] But there is no ‘one size fits all’ solution when it comes to adopting a macroprudential institutional arrangement. The ideal model depends on the legal and historical features of each country.

The key issue is whether to entrust macroprudential responsibilities to the central bank (typically to a committee separate from the monetary policy committee as is the case with the Bank of England’s Financial Policy Committee, FPC) or to assign macroprudential responsibilities to an institution outside of the central bank, with the participation of the latter and other institutions involved with systemic risk monitoring like in the case of the FSOC (Financial Stability Oversight Council) in the USA. The FSOC model is under the direction of the Secretary of the Treasury but Councils for Financial Stability need not be under political instruction.

In my opinion, the central bank should be in charge (or have a key role) in the conduct of macroprudential policy since this contributes to the adequate balancing of its twin mandate of monetary stability and financial stability and complements its functions of monetary policy, lender of last resort and others.[8]

In the European Union (EU), the ESRB was established acting on the recommendations of the De Larosière Report bearing in mind the different jurisdictional domains of the EU (the domain of the ESRB) and the Eurozone (for which the ECB has jurisdiction).[9]  However, since the advent of banking union, the ECB also has some macroprudential tools (Article 5 of the SSM Regulation) and the macroprudential responsibilities are now shared between the ECB, national authorities/councils of financial stability[10] and the ESRB (though the latter’s ‘powers’ are limited since the ESRB does not have legal personality nor binding decision-making authority).

The need for international solutions

The need to coordinate the work of the national or regional councils or committees of financial stability in charge of ‘macropru’ and to ensure that their work is consistent with the work of the Financial Stability Board (FSB) in order to identify macro-economic trends that can have a negative impact on financial markets remains a daunting challenge in the design of an adequate international financial architecture. Financial stability is a national, regional and international goal. And systemic risk by definition transcends institutional boundaries and geographic borders. This is particularly true in the case of the risks arising from climate change and unsustainable activities. Thus, we will increasingly need international solutions to what are trans-national problems.

[6] See Angeloni, I., “Towards a macro-prudential framework for the single supervisory area” 20 April 2015 at: https://www.bankingsupervision.europa.eu/press/speeches/date/2015/html/se150420.en.html

[10] The CRD IV/CRR includes a number of macro-prudential instruments, such as counter-cyclical capital buffers, systemic risk, buffers and capital surcharges.

FacebookTwitterLinkedInWhatsAppEmail
We use cookies on our website to give you the most relevant experience by remembering your preferences and repeat visits. By clicking “Accept All”, you consent to the use of ALL the cookies. However, you may visit "Cookie Settings" to provide a controlled consent.
Cookie SettingsAccept All
Manage consent